As a low vision provider, it is not uncommon to see patients with advanced vision loss, an incomplete diagnosis or history and no availability of previous records. This report is on a patient presenting with all of the above that didn’t respond to regular low vision aids.

In my low vision practice, patients are screened prior to being scheduled for examination. This is because I also provide medical and refractive care requiring different scheduling. Low vision patients are scheduled for at least one hour, and when possible, previous patient records are obtained in advance. When that is not possible, at least a diagnosis is attempted to be obtained. Based on this, preliminary testing is often completed in order to facilitate a better understanding of the status of the patient.

Typical testing would include central visual fields (at least in the good eye), auto-refraction, neutralization of habitual prescription, scanning laser (retina + glaucoma if a glaucoma patient), and an inventory of what they have been currently using in the way of low vision aids such as handheld magnifiers. On low vision patients, I do not dilate the patient on initial exam.

But as practitioners understand, these things don’t always go as planned. In this particular case, the patient, female age 84, was accompanied by her daughter. They had driven 2 hours for the exam, and they were scheduled as a new patient, unfortunately not as a low vision patient, with a 30-minute timeslot at 11:00am on a very busy day. This presented a number of challenges.

The patient was unable to fill out her forms so her daughter did so. She reported being seen by both retina and primary ophthalmology and was told “nothing more can be done”. Her history included having had an MRI which the daughter reported “was negative for stroke but did have damage to the part of the brain she sees with”. The patient reported being able to walk around her neighborhood without issues. She lives with her daughter. She does not watch TV or read. Her goal was to “see better”.

Physical Examination
The patient had some cognitive impairment on examination. OCT imaging was done and it showed normal retinal architecture and no evidence of macular degeneration. Corneal topography was normal in each eye and the patient was pseudophakic with no posterior capsular haze. On direct examination, the optic nerve looked healthy with .3 cupping OU. Visual fields (10-2) showed advanced visual field loss with only a small central island of vision (very similar to end-stage glaucoma). The overall field sensitivity was low.

At this point I had to step back and start asking more questions because regular low vision devices were not helping this patient. The patient was getting frustrated and of course, the doctor was as well. When the daughter was quizzed further as to her diagnosis she reported her mother had “dementia of the vision part of the brain”.

Patients with PCA experience the onset of symptoms earlier than those with Alzheimer’s disease, often in their mid-50’s to early 60’s. Visual acuity loss is present with no observable underlying retinal, lens or anterior segment pathology. Patients with PCA have trouble grasping the big picture or picking out objects from the clutter and they may present to their eye doctor as things just don’t look right.

Because they can process information in other ways (tactile, auditory) they do not necessarily have the type of cognitive loss that is associated with Alzheimer’s disease. In addition to vision loss, patients with PCA often present with anxiety and irritability symptoms. The incidence of apathy or depression is reported to be the same as for patients with Alzheimer’s disease, although knowing that approximately 50% of low vision patients have symptom of depression, this most likely is higher. Because the onset is earlier, those affected are often still working and may have other responsibilities. The loss of the ability to drive and loss of independence can lead to depression and anxiety.

MRI imaging will show atrophy of the posterior cerebral cortex that is out of proportion to atrophy in other parts of the brain. FDG-PET (a measure of brain metabolism) will show reduced activity in the same brain region. PET-amyloid scans will show accumulation of amyloid in the posterior portion of the brain.

Medical Treatment
There is no specific medication approved by FDA for PCA; however, most Alzheimer’s disease medications have shown to reduce symptoms and are commonly prescribed.

Visual Treatment
In cases like this, where low vision visual treatment is ineffective, we must look to non-visual aids and services to help keep the patient as independent as possible.

Non-Visual Treatment
This may be a good place for occupational therapist intervention. Changing the environment to compensate for this loss may be the best strategy. In this particular patient a spectacle worn device called the OrCAM was tried. While OrCAM is worn with spectacles, it is an auditory device. It has facial, currency, color and print recognition. Using the auditory pathway worked remarkably well for this patient. The device allowed her to process objects, people and even reading material by auditory means. The rationale is the same as changing the environment to compensate for the visual loss. In this case the OrCAM was processing information via the auditory system (which had much less involvement in the disease process) than the visual system.

Other possibilities, like the omniReader® from Freedom Scientific, can help this patient as well. The omniReader® is a lightweight, portable scanning and reading solution that helps those who are blind or have low vision by reading the printed text aloud. 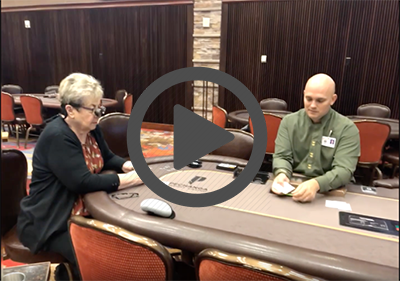 Low vision optical aids work remarkably well for most low vision loss patients. But low vision practitioners have experienced patients who just don’t respond as expected. What makes providing low vision care so exciting and interesting is the fact that every patient does respond differently, and we must constantly make adjustments during the evaluation process.

Ways We Can Help
Our Services
Patient Testimonials
Contact Form

"I never dreamed it would be like this!" cheered a patient the first time she went outside with her telescopic glasses....
5
Read More
"I've been able to get back behind the wheel and drive again. Now I am able to get back some of my freedom", said Jason, who suffered retinal damage due to an eye disease....
5
- Jason
Read More
"I used my new glasses to play in a bridge tournament and won second place! I couldn't have done it without these glasses", boasts Anne....
5
- Anne
Read More

I have been blessed with the opportunity to drive some of the world’s fastest cars on some of the world’s most famous tracks. I was not going to let something like macular degeneration slow me down....
5
- Carroll Shelby, Southern California, Bioptic Telescopes for Macular Degeneration
Read More

It was worth coming to California to see Dr. Shuldiner

Oh my, they are so clear. Wow! I love them. It was worth coming to California to see Dr. Shuldiner....
5
- Rachel S., Visiting Southern California To Get Low Vision EScoop Glasses
Read More

I Passed My Driving Test!

I Passed My Driving Test. Thank You. I Couldn't Have Done It Without You!...
5
- William B., Corona, CA, Bioptic Telescope Patient
Read More

These E-Scoop lenses make me see so much clearer

Dr. Shuldiner saved my business, and my sanity. I can read and fill out the tax forms now, what a miracle. And these E-Scoop lenses make me see so much clearer that I feel safer walking around....
5
- Linda G., Southern California, Macular Degeneration Telescope Glasses
Read More

They make driving much easier

These telescopic glasses not only allow me to read signs from a farther distance, but make driving much easier. Definitely worth the cost....
5
- Ethel S., Southern California, Low Vision Bioptic Telescopes for Driving
Read More

They made it possible for me to regain some independence

There a many people to thank for my progress… my retina doctor, New Horizon Home Health Care, The Occupational Therapist Carla, and Dr. Shuldiner. They made it possible for me to regain some independence....
5
- Alex B., Carona, Califronia, Driving with Diabetic Retinopathy
Read More

I enjoy being able to see!

These glasses have helped me to read again and also to watch television. My retinal specialist told me that nothing more could be done, but these glasses are definitely worth the cost. I have become more independent with them and I enjoy being able to see!...
5
- Low Vision Patient, Southern California
Read More

I have not seen this clear in years!!!